Warning: count(): Parameter must be an array or an object that implements Countable in /home/customer/www/freeboilergrant.org.uk/public_html/apply-for-a-free-boiler/wp-content/plugins/css-javascript-toolbox/framework/events/subjects/hook.subject.php on line 81

It seems the world is finally waking up to the horror plastic is waging on the environment.

Scroll through social media and you’ll likely see countless figures pledging to use less of it this year.

Ealier this year microbeads were banned and shops such as Iceland, Wagamama and Pret  pledged to reduce their plastic usage.

Now the EU has plans to end all non-recyclable plastic by 2030 but change can’t come soon enough.

Research, previously published in the Anthropocene journal, found that “if all the plastic made in the last few decades was cling film, there would be enough to put a layer around the whole Earth.”

Currently we make almost a billion tons of it every three years and the effects of it are horrifying.

Plastic is incredibly hard to decompose - it can actually take as long as 1000 years to degrade. There are over 50 types of it and most is recyclable but many municipal governments simply don’t have the infrastructure to do it and if they do, it takes vast quantities of energy and water. As it stands, only 9 per cent of plastic is successfully re-processed.

The outlook is bleak. Every day the majority of plastic ends up in landfills, waterways and ecosystems damaging not just the environment but the marine life hugely. As much as 100,000 marine creatures a year die from plastic entanglement and these are the ones that are counted. Annually, approximately one million seabirds alone die from the material.

So, what can be done? What can you and I do in our day-to-day life to make a difference to a problem that seems so overwhelming?

Below are five practical things anyone can do, today, to help reduce waste. If everyone addressed their personal plastic footprint - even on a minute scale - it could seriously make a real difference to this epidemic.

In January the Evening Standard launched The Last Straw initiative, calling on businesses and readers to stop using plastic straws. They are the fifth most common item of rubbish and are used for 20 minutes on average, but take up to 500 years to break down. 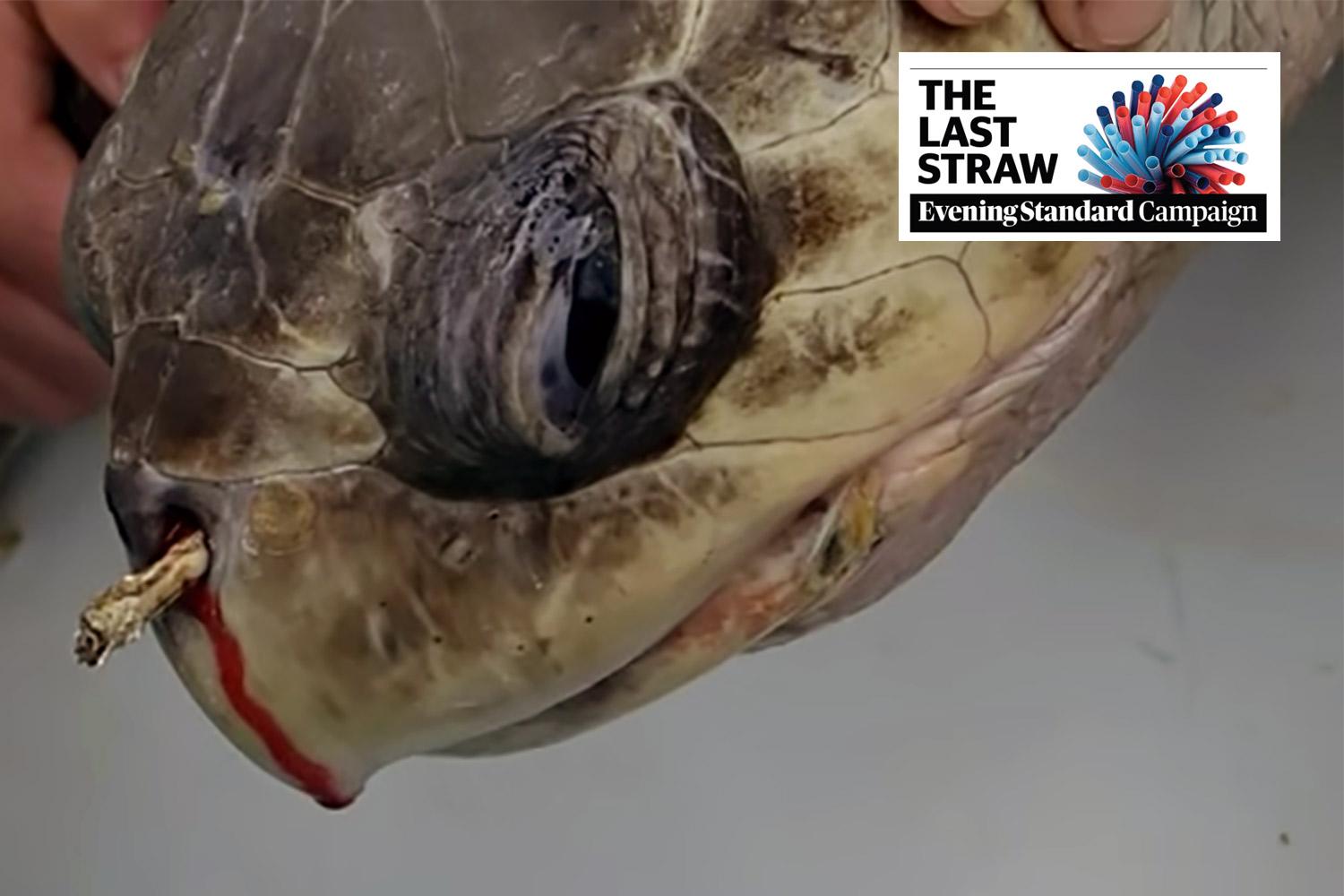 Only a tiny fraction of plastic straws habitually given out with soft drinks, cocktails, even cups of coffee, are recycled due their small size with the rest ending up in landfill, or in rivers and ultimately the sea, where they notoriously damage the marine life.

Say no, unless you absolutely need one. The ocean will thank you.

Remember your Bag for Life

The number of single-use plastic bags used by shoppers in England dropped by 85% in the first six months following the introduction of the 5p charge, in October 2015. However, large retailers in England still sold 2.1 billion single-use plastic carrier bags during the year from 7 April 2016, according to government data. Opt instead to carry your own reusable bags: cotton ones are said to be the best as they don’t contain plastics, unlike nylon and polyester bags.

Use a reusable coffee cup

Only 1 in 400 coffee cups are recycled in the UK and many can’t be due to their inner plastic coating (designed to stop the liquid making the cardboard soggy). 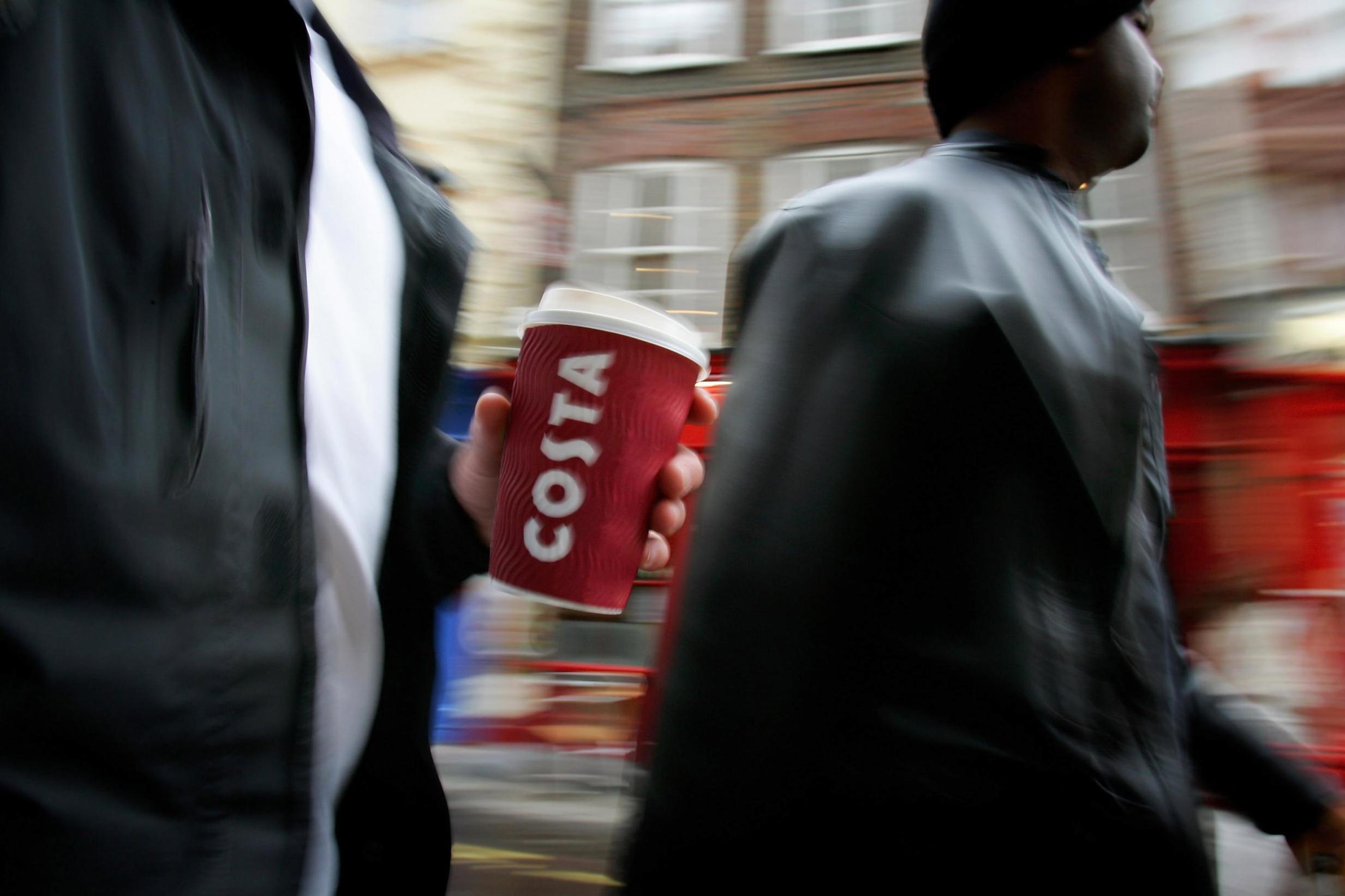 How many times a day do you buy a coffee? Two? Three? Even four? Think how much waste that is.

You can change it by simply using a cup that won’t damage the environment. There’s no excuse not to - countless companies will even now reward you if you use a reusable cup.

Starbucks offer customers 25p off their beverage (and sells reusable cups for only £1), Pret will give you 50p off any hot drink, as will Costa.

Yes, really - like your Granny used to. Perhaps surprisingly, there are plenty of milkmen (and women) still making the early morning rounds. Instead of buying a plastic pint, have a glass, reusable bottle delivered straight to your door. You can find your local milkman service here.

This is probably the number one enemy of zero wasters.

3 billion black CPET trays are used in the UK each year. They’re not currently recycled because the colour pigment isn’t detectable by the sorting equipment at recycling plants.

Back in July, Sainsbury’s and Marks & Spencer ran a trial to test new CPET trays which uses a colourant detectable by the sorting equipment. What the outcome is I don’t know, but at least it’s a step in the right direction.

Until we get fully recyclable black plastic eliminating it calls for a change of lifestyle. There are two choices as I see it: Either save up those black plastic trays and have a batch cooking session once a week – fill your freezer with cheaper (and probably healthier) ready meals for the week.

Or if you’re not willing / able to prepare your own meals and cannot find an alternative to your favourites (Could you find curry in a tin rather than black plastic?) you can wash them thoroughly and return to sender. Which brings me neatly on to…

Opt for matches over disposable plastic lighters, which sit in landfills for years and have been found in the stomachs of dead birds.

“Even if your vinegar comes in plastic, it will go much further. Some shops sell it in glass bottles which you can decant into an old cleaning bottle spray,” she adds.

Ditch the sandwich bags and cling film and replace it with long-lasting containers. You can take a pack lunch tin to work and store leftovers, grains and ingredients in glass jars and boxes. No waste and no need to throw away your money by constantly having to re-buy disposable plastic.

Make your tea the loose-leaf way

Plastic is used to seal teabags shut during manufacturing and therefore Friends of the Earth’s Julian is urging people to “fall back in love with loose-leaf tea.”

“I think some brands are making teabags that don’t have plastic in but they can be hard to find so the easiest thing to do is go teabag-free altogether. “

Eco-friendly parents of young children can swap disposable nappies, which experts claim can take up to 500 years to break down, for the cloth variety. Admittedly, cloth nappies are not as convenient, but you will reduce your child’s carbon footprint and also save money.

Leave plastic at the supermarket

“If you’re feeling brave, then next time you’re doing your supermarket shop, take some of the plastic packaging you don’t want off the products you do want, and leave it at the checkout,” Greenpeace’s Alice advises.

“It’s a bit scary, but you’re well within your rights to do it, and you’re helping the supermarket to understand what their customers want.”

Plastic bottles are easily one of the biggest environmental offenders on the planet and nine times out of ten, they aren’t necessary.

The world uses on average a million plastic bottles a minute (horrifying, right?) and although the majority are technically ‘recyclable’, most of the don’t get that far. In the UK just over half of the country’s plastic bottles are recycled. 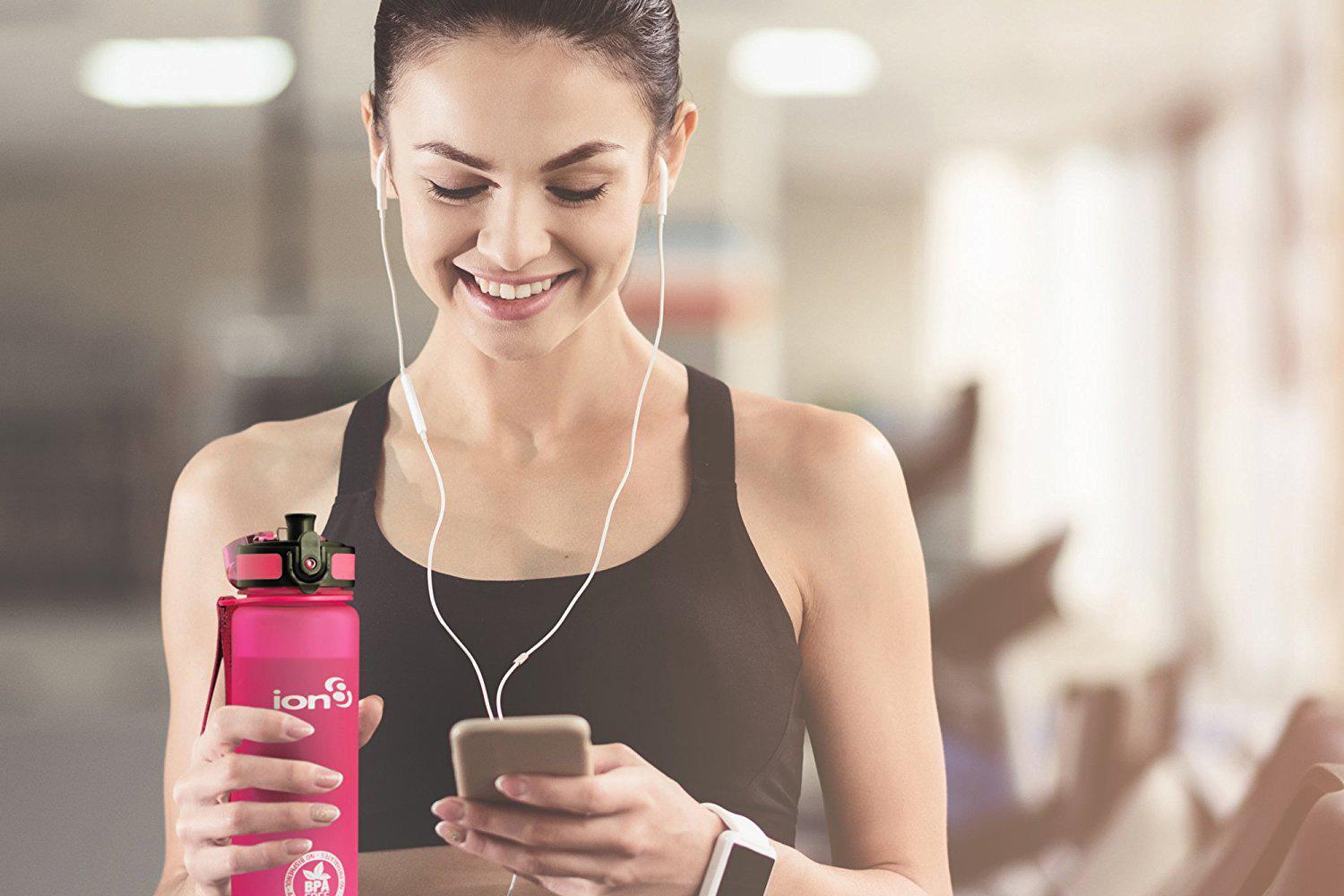 The problem is that plastic doesn’t biodegrade, it photodegrades meaning that it breaks down into smaller, toxic fragments which ultimately pollute the land and ocean. Often, these fragments will be digested by animals which will either contaminate them (which you could then eat) or kill them.

Invest in a bottle that you can take anywhere and if you like fizzy water, invest in a SodaStream - yes, they're back from the '90s. ​You can make as much carbonated water as you like without having to throwaway a single bottle.

Say no to disposable razors

They may be convenient, but disposable razors could be causing more harm than good. It is recommended that you invest in a more environmentally friendly razor that allows you to replace the head and not the whole razor.

Freshen up with mints instead of gum

When travelling or after a long flight, freshen up with a packet of mints instead of chewing gum, which is made from plastic and is not degradable so often litters our streets and beaches.

Planning a summer picnic? Unlike cling film that cannot be recycled, foil is recyclable - just make sure you put it in the recycling bin after use!

Grow your own fruit and veg

Packaging and transporting fruit and vegetables takes its toll on the environment. Growing your own cuts costs and means you don't have to worry about whether chemical fertilisers or pesticides have been used on your food. If you're not feeling green-fingered, seek out “zero-waste” shops where you can bring your own containers to take away fresh produce.

We don’t want to preach to others about their lifestyle choices, but it is useful to share with our friends and family the reasons behind why we are making our lifestyle choices: to reduce our contribution to the problem of plastic pollution. Talking about it helps raise awareness of the issues, and may inspire others to choose some waste-reducing habits too. However the most important thing is to have fun in your efforts to reduce your reliance on single-use plastic. It’s obviously a very serious problem, and humanity is going to need to do a lot of work to tackle it over the next few decades, but it’s not helpful to waste time feeling downhearted. We only get one life, so we should focus on making the most of it, and finding ways to make a positive impact on our world. Be innovative, be creative, and embrace your life with less plastic!